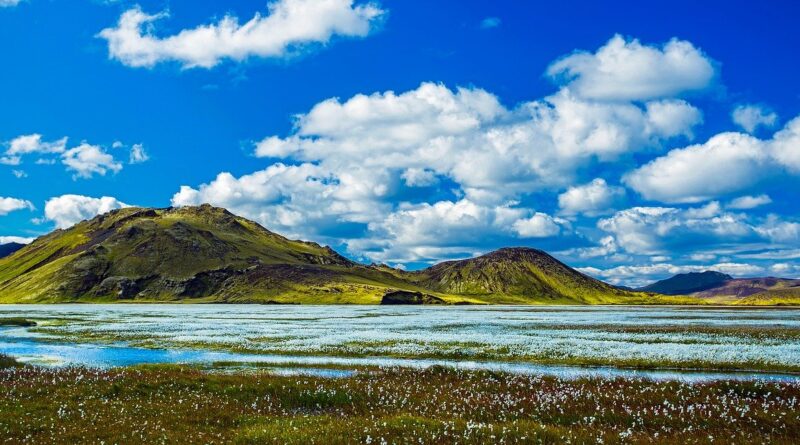 December is a great month to visit Iceland. There are lots of things to keep you busy, from the northern lights to ice caves. Pack your bags and start preparing because we’ve compiled a list of the 12 most important things to do in Iceland in December.

Don’t be frightened off by the approaching cold; December is an excellent time to visit Iceland. There are lots of things to keep you busy, from the northern lights to ice caves. Continue reading to find out what you should do in Iceland in December.

Iceland experiences one of the most dramatic shifts of the year as the days become darker and winter soon settles over the volcanic landscapes. December is an attractive time to visit the nation since winter activities resume and the summer crowds have dissipated. The weather is at its moodiest in December, with early snows threatening the land only to be blown away by violent gusts and bursts of brightness. Pack your bags and start preparing because we’ve compiled a list of the 12 greatest things to do in Iceland in December.

1. Keep an eye out for the Northern Lights

One of the greatest months to observe the northern lights is December. It’s challenging to forget seeing this fantastic exhibition of nature dance over the Icelandic skies. The northern lights can appear in a variety of ways: one night, the entire sky may be lit up in a vivid display of green daggers puncturing the sky, quickly moving from one end of the horizon to the other; at other times, it may begin as a faint glow, gradually evolving into a large smear of green light across the sky, weaving back and forth in a hypnotic dance. December brings lots of chances to observe this fantastic phenomenon over the entire country – no matter where you are, all you need is a clear sky, patience, and a little luck.

2. Take a bath in a geothermal hot spring

Why not sit in a bubbling hot tub in the heart of nature while waiting for the northern lights to appear? Iceland has a plethora of steaming natural hot springs due to its location spanning both the Eurasian and North American tectonic plates, as well as the presence of a hot region in the Earth’s mantle just beneath it. The greatest time to admire them is during the winter months, when a brisk wind blows down from the mountains or when the season’s first snowfalls softly from the sky. Natural hot springs, man-made pools fed by adjacent springs, and town swimming pools are all available nationwide.

Exploring one of the country’s many ice caps should be top on every visitor’s list of things to do at any time of year. These relics of a bygone era shaped Iceland’s beautiful landscapes, canyons, and riverbeds. Glacial trekking is the greatest way to encounter these quiet giants; as you carefully journey across on foot, you’ll be awed by the sheer scale and depth of Iceland’s glaciers and develop a newfound respect for the first Icelanders who had to battle with these behemoths to exist

Hundreds of musicians and music fans arrive in Reykjavik for the world-famous Iceland Airwaves music festival every December. The entire city comes alive during this time, with pubs, restaurants, and music halls around the capital changing into festival venues to accommodate a diverse mix of performers from Iceland and beyond. Even if you don’t have a ticket, there’s enough to do. Specific locations across the city have been classified as off-venue, which means you may enter them without a wristband to enjoy some free live music.

5. Take a Whale Watching Trip to Find Your Sea Legs

Many people are astonished to learn that whale viewing is a year-round sport in Iceland. The frigid seas around the nation are teeming with life, and while many whales move to warmer climes after the summer, many others remain, allowing you the chance to see them in their native habitat. All cruises depart with the whales’ well-being in mind — you’ll never go so near that you upset them. During December, the most common departure ports are Reykjavik, Akureyri, and Hsavk. It’s perfectly safe, and there’s a good possibility you’ll see a whale during your journey.

6. See the Sights Along the Golden Circle of Iceland

Traveling through the Golden Circle region is necessary for first-time visitors to Iceland and is the most popular day excursion from Reykjavik. Because it is long after the summer visitors have departed and immediately before the Christmas rush, you will be able to appreciate the sites without the crowds in December. Begin by hiking through the ancient Thingvellir National Park before making your way to the erupting Geysir in the Haukadalur geothermal region. The tour concludes with Gullfoss, a roaring waterfall on the edge of the highland shelf and one of Iceland’s most revered attractions. After the excursion, spend some much-needed time relaxing at the Secret Lagoon hot spring in Flir, which is the ideal place to relieve.

Under the glaciers, there’s even more action in store as the chilly winter draws in over the land. These rivers ordinarily flow out from underneath freeze over, making natural ice caves suitable for exploration. At the start of each season, skilled tour guides venture out onto the vast ice caps to see if the ice caves from previous seasons are still accessible and if any new ones have emerged. The gloomy ambiance within is compounded by pock-marked ice, silent drops of water from farther under, the gradual creaking of the sliding ice, and streaks of black ash embedded in the walls from earlier volcanic eruptions. Most ice caverns may be found on Vatnajökull, while the Katla ice cave near Vk is open all year.

8. Take a ride on an Icelandic horse

Icelandic horses are popular among visitors to the nation. Their curious and amiable attitude makes them a joy to meet, and riding them around the countryside transports you to a bygone era in Iceland. These horses have been bred in Iceland’s volcanic landscapes for over 1000 years. They are as much a part of the terrain as the volcanoes and glaciers that have sculpted it, with early settlers utilizing them as the primary mode of transportation across the nation. Horseback riding is now offered all year, carrying you through lava fields, past sizzling geothermal sites, and up valleys to the start of mountains and glaciers.

Iceland’s south coast is home to black sand beaches, tremendous waterfalls, cold glaciers, and the country’s most active volcanoes. The terrain, which is lush and green in the summer, takes a dramatic shift when the wind blows in October and December. The autumn colors are vibrant, and the gloomy weather enhances the experience. Day travels down Iceland’s south coast immediately demonstrate why this is one of the country’s most popular places, hemmed in on one side by the country’s desolate highlands and the North Atlantic on the other. Don’t pass over this fantastic location.

Because of Iceland’s numerous volcanic eruptions over the years, there are several opportunities to explore lava tubes during a visit to the nation. These caverns, distributed around the nation and hollowed out by flowing lava wrapped in an already formed shell, provide an intriguing peek into the science of volcanoes and lava flows. Entering one of these underground caverns is a weird experience. Iceland is also the only spot in the world where you can go inside a dormant volcano: Thrihnukagigur is a 30-minute drive southeast of Reykjavik and offers one of the country’s most unique and remarkable experiences.

11. Take a tour of the Snæfellsnes Peninsula

The Snæfellsnes Peninsula’s long-arm spreads out into the sea just north of Reykjavik. On the peninsula, you’ll discover everything you’d find anywhere in Iceland: chaotic lava fields, waterfalls, hot springs, black sand beaches – it even has its volcano, Snfellsjökull, buried beneath the glacier. Visitors may identify Kirkjufell on the northern coast as the most photographed peak in the nation, located just outside the village of Grundarfjörur and used as a filming site for the HBO series Game of Thrones. There’s a lot to see here, and the entire region is best explored over a couple of days on a self-drive vacation.

12. In the end, Enjoy the Café Culture in Reykjavík

Winter in Iceland is a unique experience. As the rain changes to sleet and snow and the cold Arctic winds howl, Icelanders seek refuge in their favorite cafés around Reykjavik. Despite the extended dark hours, Reykjavik sparkles; Christmas lights begin to glimmer, and a festive spirit falls on the city as inhabitants finish their holiday shopping, enjoy the year’s selection of Christmas beers and ales, and read the latest book releases. One of the most acceptable ways to spend time in Iceland’s colorful capital during December is to curl up in a comfy armchair with a cup of coffee and a piece of cake in hand.