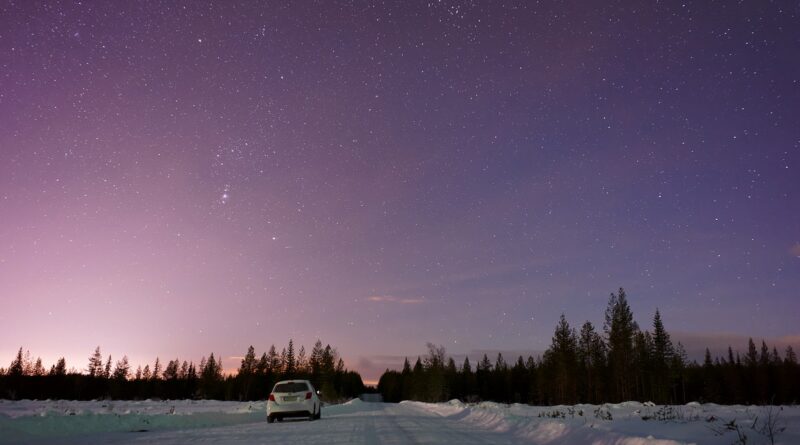 Is Finland part of Scandinavia? Well, it’s a debatable question, as many believe it is, but the local preference doesn’t seem to be the same. It is not easy to classify Finland because it shares its border with diverse nations such as Russia, Denmark, Sweden, and Norway. Most of the time, people remain confused about Nordic and Scandinavian countries.

It’s tough for many people to differentiate between Nordic and Scandinavian countries because they are the same for them. And, when you mistakenly refer to Iceland or Finland as a Scandinavian country, one thing is certain that you will be corrected immediately along with getting some history lesson. But why is Finland not considered a part of Scandinavia? Let’s find its answer in this article.

Is Finland part of Scandinavia

The answer is No! Finland is largely not considered a part of the Scandinavian region. Scandinavia is basically a region that is located in northern Europe. It mainly includes three countries that are Denmark, Norway, and Sweden. All these three Scandinavian countries are constitutional monarchies and governmental democracies.

On the other hand, the broader Scandinavian definition, which is usually used in the United States and the United Kingdom, includes Finland, Iceland, and the Faroe Islands as a part of the Scandinavia region as well. However, those who are not residents of these countries find it difficult to distinguish between the Scandinavian and Nordic regions. But looking for the geographical factors, all the five countries that are Iceland, Finland, Norway, Sweden, and Denmark, are Nordic council countries with roots in Scandinavian culture. Still, the Norwegian, Swedish, and Danish citizens are identified as Scandinavian people.

If we look at Finland’s architectural history and designs, it is inseparably linked to the Scandinavia region. That’s why many people overlook Finland while considering Scandinavian history and design. There are a lot of things similar because of their same roots of Scandinavian culture, which makes it suitable to include Iceland and Finland as well. However, using the phrase ‘Nordic culture’ for them is also appropriate.

The decision to include Finland as part of Scandinavian countries based on its geographic location on the map is also conflict-ridden. The northern half of Finland is geographically part of Scandinavia, which sometimes confuses people about Finland and the Scandinavian region. But at the same time, Finland’s northern is the only part of the Scandinavian peninsula. Therefore, to make everything in order among the non-members of the country, Finland is considered to be one of the Nordic autonomous regions. Finland is a representative democracy and not a constitutional monarchy like its neighboring country, i.e., Denmark.

Talking about the geography of Finland, it is mainly defined by its plentiful landscapes of entangled boreal lakes and forests, northern location, and low population density. While considering its coastal lowlands and archipelagoes, their north and northeast uplands, and a little high central lake plateau, these factors distinct Finland into three different parts. The three parts are the North Sea and Baltic Sea, the Gulf of Bothnia, and the Gulf of Finland. Countries like Sweden, Norway, and Russia share a border with Finland.

Other than the geographical factors, Finland has made its name all around the world, being one of the happiest and richest countries around the world. Due to its excellent healthcare system and low crime rates, Finland has been placed on the top of the World Happiness Report continually since 2018.

Why is Finland part of Nordic countries and not Scandinavian?

This topic is quite debatable, but in terms of politics and geography, Finland is considered a part of the Nordic countries and not the Scandinavian peninsula. Overall, Scandinavia is a sub-region in Northern Europe that has a strong history, culture, and linguistic ties. When it comes to English usage, Scandinavia can be referred to the countries like Denmark, Norway, and Sweden. Every now and then, it is more narrowly to the Scandinavian Peninsula, or more largely to take in Åland, the Faroe Islands, Finland, and even Iceland.

Looking at the broader definition of Scandinavia, it is similar to what is locally called the Nordic countries. It also consists of the remote Norwegian islands of Svalbard and Jan Mayen, and Greenland, which is a constituent nation within the Kingdom of Denmark. The word ‘Scandinavia’ was derived from the term Scania, the name of a historical province in the southern Sweden region. Later on, the term ‘Scandinavia’ became popular in the mid-19th century.

This is another reason why Finland is part of Nordic countries and not Scandinavian in its linguistics, as Finland has two official languages. One of the languages is spoken by the majority of its citizens, while the minority speakers speak the other one.

Moreover, the majority of its official language is Finnish, and it is unrelated to the Scandinavian language as well as to the Indo-European languages. On the other hand, Finland does include a substantial Scandinavian population where they speak Swedish, and that’s why it has become an official minority language.

The history, traditions, and holidays of Iceland, Finland, Denmark, Norway, and Sweden are very much connected, making them culturally categorized as Scandinavian quite often. Taking a look at these five countries, their political systems and welfare models are very similar but not indistinguishable. Whether it’s Finland, Iceland, Norway, Sweden, or Denmark, all these nations are often involved while debating about the welfare model of Scandinavia or Nordic regions.

Therefore, Finland may perhaps reflect Scandinavian culture, but overall, it is not exactly a part of Scandinavia in the geographical factor.